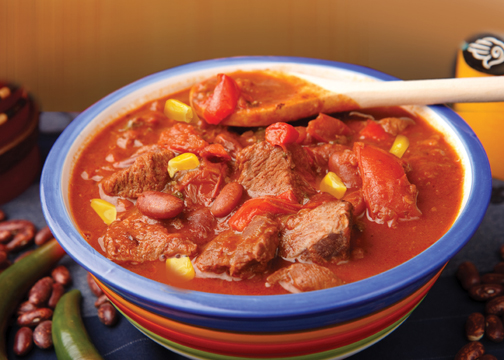 Stovetop Variation:
Brown meat in Dutch oven as directed, removing to medium bowl. When browned, return to Dutch oven. Sprinkle with flour, salt and pepper; stir until well mixed. Stir in all remaining ingredients, scraping bottom to loosen browned bits. Bring to a boil. Reduce heat; cover and simmer 1 3/4 to 2 hours or until meat is fork tender, stirring occasionally to prevent sticking.

If you prefer, you can purchase 1 1/2 pounds of boneless beef chuck or round and cut your own stew meat. Cut the meat in 1-inch cubes. 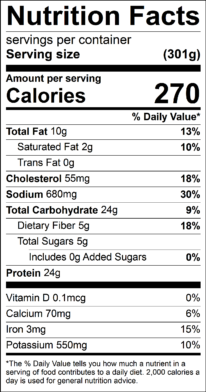 Please keep in mind that nutritional information is a rough estimate and can vary greatly based on products used.
Gluten Free - Made with gluten free ingredients.
Low Calorie - 40 calories or less per serving for smaller portions like an appetizer or side dish, or 120 calories or less per 100 grams for entrees and meal products.